The Operatives and Delight present Snakehips, Cabu and more 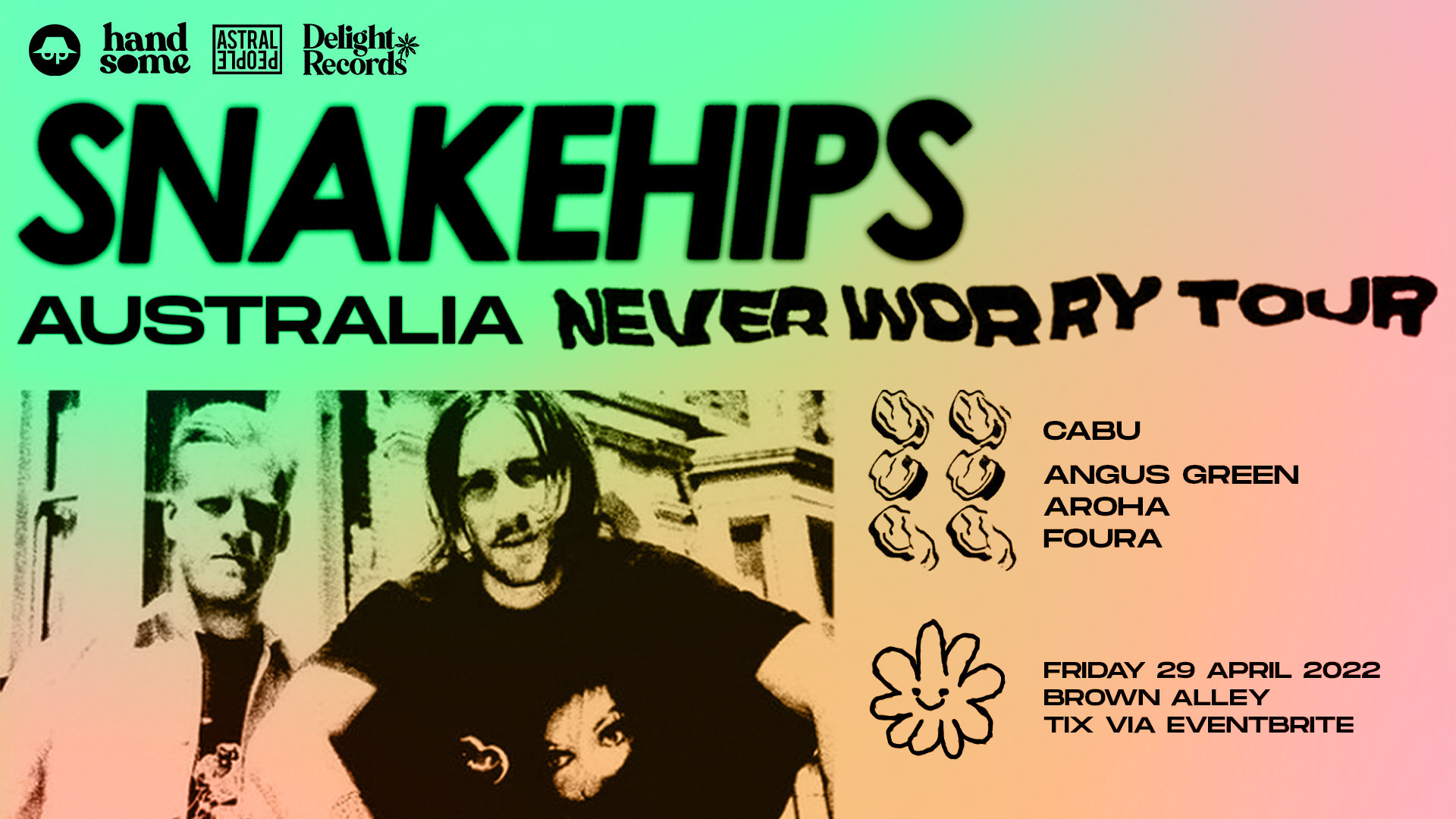 The Operatives and Delight have finally come together for a special return of Snakehips and fast rising ACT star CABU, NZ lord of the dance AROHA as well as local legends FOURA and Angus Green.

Across their ten-year career, Oliver Lee and James Carter have amassed billions of streams and record sales, performed on the main stages of the world's biggest festivals and cultivated a global following in the process. Much like a snake shedding its skin, the Snakehips sound continues to evolve, with each layer being peeled back to reveal another exciting chapter in the story. It was 2015 hit 'All My Friends' that turned the boys from promising production duo to household name. A collaboration with singer-songwriter Tinashe and internationally renowned hip-hop star Chance the Rapper, the track would go platinum in the UK, US, Australia and New Zealand. Since then they have linked up with the likes of Grammy-winning rapper Anderson .Paak ('Money On Me'), One Direction's Zayn ('Cruel'), Danish singer-songwriter MØ ('Don't Leave') and Brooklyn rap don Joey Badass ('Either Way'). Continuing to broaden their musical horizons and push their sound into bold, fresh new directions, Snakehips have firmly cemented their status as one of the best double acts in the game.

Sydney artist/producer Cabu brings a whole new meaning to the saying ‘smooth as butter’ with his luscious R’n’B & House infused grooves Having amassed 50Mil streams and over 750k monthly listeners on spotify alone, Cabu’s most recent releases have been featured on Triple J, Dj Complexion Future beats radio, Soundistyle, Majestic casual, Soulection Radio, BBC 1xtra, Maison Kitsune and many more. Both DJing and Live Cabu has also supported local and international heavyweights such as FKJ, Emotional Oranges, Cosmo’s Midnight, BOO Seeka, Slumberjack & Kilter. With an array of releases locked and loaded the future is set to be a big one for Cabu.

We acknowledge the Wurundjeri Woi Wurrung peoples of the Eastern Kulin Nation as the traditional custodians of the land. We recognise their continuing connection to land, waters and culture. We pay our respects to their Elders past, present and emerging.