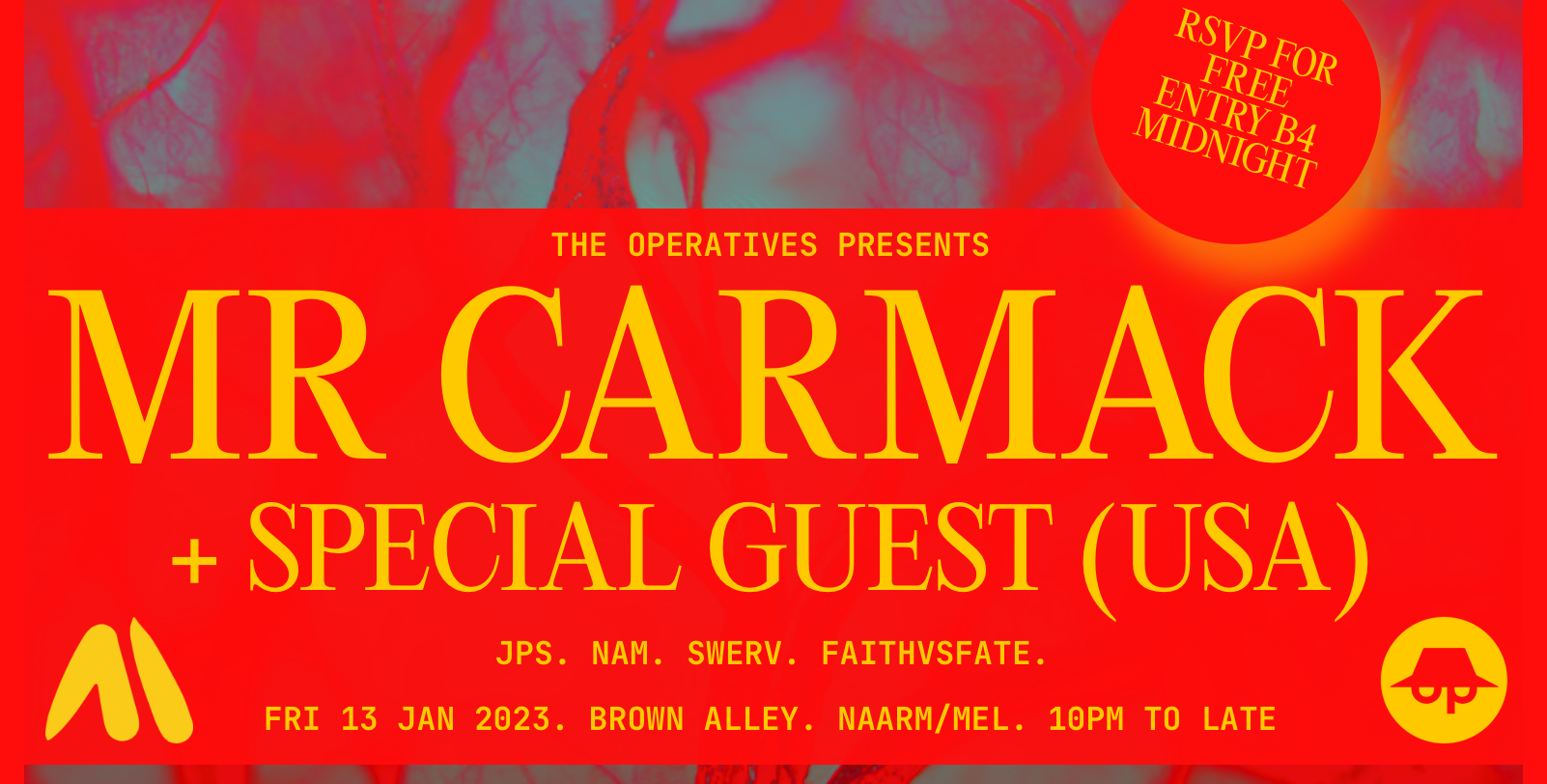 Free entry with RSVP before midnight.

Make music like no one’s listening” is the motto of Aaron Carmack, and appropriately so. His story is a three-part series, divided into factions of past, present, and future. Every element of the past, as Aaron Carmack would explain, has had an effect on who he is today as both a writer/producer and DJ. Being born and raised in San Francisco, attending and dropping out of college in Long Beach, CA, moving to Oahu for three years and living off income from monthly releases on Bandcamp – Carmack’s music is an expression and perpetual reflection of all of it.

Constantly translating personal experience into his craft, Carmack finds inspiration from a range of sources, from his friends and fellow musicians in production cliques, Team Supreme and Soulection, to his travels and numerous sold out tours of five continents over the past two years, sharing stages with folks like Hudson Mohawke, Just Blaze, Cashmere Cat, and Diplo. These influences, combined with a hunger for discovering the newest, most cutting-edge sounds on sites like Soundcloud, are some of the ingredients to the now-Los Angeles-based producer’s distinct creative process.

Like a hinge to the doorway between dance music and hip hop, Carmack’s musical output increasingly occupies a void frontier between the two genres, identified by his contemporaries, fans, and himself purely as “Carmack”. With a devotion to the studio and a grinding work ethic, the inventive producer aims to release a prolific amount of music in coming months, all while performing as often as possible. Stay tuned.